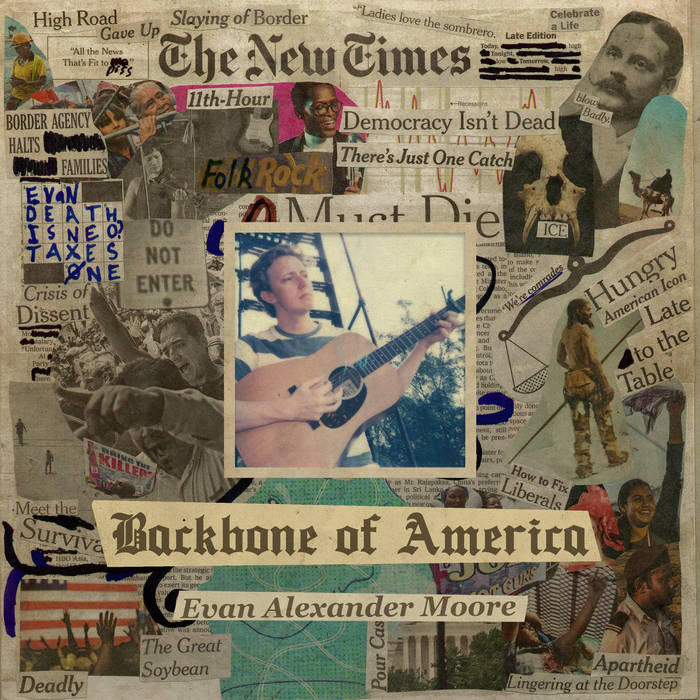 ABOUT ~~
Take your fucked up ideals, shit them out and eat em like your dirty representatives eat up money and lick boots of corporations.
Flush down the ideals of a civil society, the ideals that keep your desperate at desks, your poor procreating, your green paper in high towers, and your POC behind bars.
America is a false god that I believe in though.
Change is a coming.
DNA, Blood, Trails of Tears. Knots, Bones, Spinal Fractures.
This is my song.
I wrote it in a basement apartment.
I wrote it in New York City.
It's called the Backbone of America.
It's about War, the Disenfranchised, and Money and lack thereof.
It's about how the American Dream is dead
It's about finding meaning and hope in the wake of death.
I say this all with Sincerity.
~~~~~~~~

Out by the river in Mississippi Goddam
I hear murmurs down the trail
Of friends of mine, going deaf or blind
To slurs hurled their way
Well he was walkin' with Melanin
They shot him in the back
Now I know what they're talking about
They were talking about the backbone of america

I found strife in amphetamines
I found amphetamines in a Texas dive bar
The land of the free, she was callin' me
Askin' for a better way

O, hear the pianos sing ladies and gentleman
Singin' bold, brash, buried chords and keys from five million years ago
Times when my grandma would knit sweaters
And my father would kill himself and go bankrupt just for me
O I have a caravan of used reeses stick wrappers and a bad left front tire and if I don't say enough or I say too much every narrow eyed gentrifying polo shirt gets up in a tizzy
But there is a horizon behind
The battalions
The white pillars
Behind my family member's graves
Friends graves
Behind your electric spine
There is a horizon
~~~~~~~~~

Evan is a folk singer with a penchant for old folk structures, with the aesthetics of modern folk.

Supporter of the working class.
Singer of the Anthropocene Blues

Bandcamp Daily  your guide to the world of Bandcamp