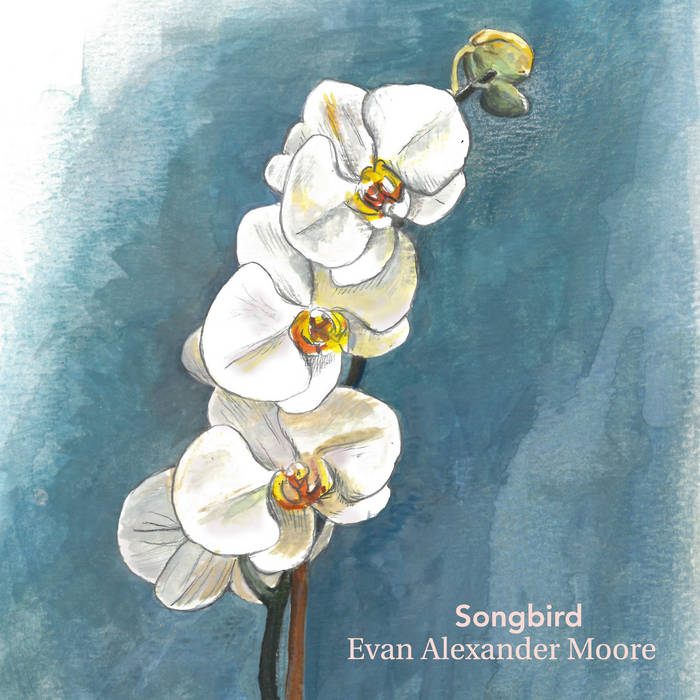 A story track about a dear person in my life
The song is an ode to cherishing those who are closest to you, when they are with you and not with you. The song is based on some of my favorite story songs like Bob Dylan and Tracy Chapman. Like those songs, it bounces from decade to decade, painting a picture of unraveling chaos in America, and the grounding factor of family.

Dedicated to my Mima, My Mother, and the Moore/Barker Family

And her grandson came over to spend the night
They'd watch old shows from another time
Carson makes a joke toward the camera
She's playing the piano but he's laughing at the top of his lungs
"Tell me Mima, what was it like back then", he asked
"Tell me about all the games you'd play in the past"
No, she didn't say much, sat on her bench
Wrinkled fingers, that cradle the keys
She played a hymnal that he didn't know, but she played it
Like a dream he's never seen

She and her brother took time for granted
Danced in the garden their mother planted
Sinatra's lullabies on the radio
They tried to sing along to a song they didn't know
And as Germany began their marches
She gets home from school but he's nowhere to be found
An accident, that makes no sense
Empty house with no one to run
Buried near by the orchids, off on the hill
The church bells rung

He's playing his guitar in his dusty apartment
Watching the circus sworn in for office
Making his plans to play in the big city
He wants to call her up, but he thinks he's much too busy
She's back in Texas, making dinner at night
Then she shuffles to her piano's side
TV drone in the ambient
Thinking about all the time that's gone
Cryptic phone sits silent, but she's still playing
Her same old song

She fell for a man with a whiskey aroma
Had a daughter and son in Oklahoma
They sat next to her as she played on the organ
Never knowing how close they were to Heaven
Oh Mama, I wanna go home
Her daughter runs to her room, just so she can sing on her own
Well when you're young you never see
How precious a mother can be
When papa passed back in 93, she held mama so close
That the dust started settling

She played in the noon day sun
Watching all her notes rise up
She never saw the pews and huddled masses
She was looking for her brother, in the stained glass
Oh Mima, I know I should call you up
He knows his blank excuses ain't worth enough
America's peace has yet to arrive
He sees her name as his phone starts ringing
The robin lands on the branch outside singing
O how beautiful the songbird sang

O how beautiful the songbird sang

Thanks to Jordan F. and Rough & Tumble Productions

Evan is a folk singer with a penchant for old folk structures, with the aesthetics of modern folk.

Supporter of the working class.
Singer of the Anthropocene Blues

Bandcamp Daily  your guide to the world of Bandcamp